The last three NCAA men’s basketball championships have been won by three different teams – Virginia, Villanova, and North Carolina – so what are the chances of seeing a different winner this time around?

Read on to find out who has the best odds to win March Madness are in the March Madness Betting and which team is most likely to taste success in Indiana at the culmination of this year’s tournament.

The bookmakers are very rarely wrong when it comes to predicting the winners of major tournaments and this year, three teams are leading the way in the sports betting odds.

Gonzaga: It comes as no surprise to see the undefeated Zags in pole position to emerge victorious from this year’s March Madness.

What makes Gonzaga so dangerous is an explosive offense that doesn’t overly rely on one player, with four average at least 11 points per game.

That said, Corey Kispert is still the shining light in this team has averaged 20.2 points per game and putting in a number of eye-catching performances thus far this season. If opposition defenses manage to keep him quiet, Drew Timme (18.7ppg) will be ready to fill the void.

Look out for some dazzling offensive transitions from this team, who rank third for the shortest average offensive possession length. One area of concern however for Gonzaga is their relatively poor 34.9% three-point shooting mark.

If a hectic schedule plays havoc with Gonzaga’s offense and they experience an off-day, this poor record could come back to bite them. 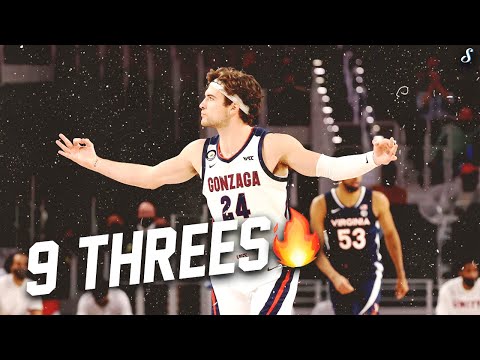 Baylor: The biggest rivals to Gonzaga’s expected March Madness dominance are Baylor, a team that never knows when to quit. Whilst not as offensively dazzling as their Gonzaga counterparts, Baylor are no lightweights in offense either.

What could give them the edge in a potential clash against Gonzaga is their sturdy and resilient defense. Time and time again this season Baylor has shown themselves capable of standing up to every question asked of them defensively.

Junior guard Jared Butler will be the player to watch for Baylor. Thus far this season when he hasn’t been picking the pockets of opposition players he has been scoring from all over the court and dragging his team to victory in games when they have been below par.

Michigan: If you want to be different and back someone else than Gonzaga or Baylor, you could do little wrong with pinning your colors to Michigan’s mast. Up until a COVID-19 athletics pause in late January, Michigan was catching the eye of many basketball aficionados.

Michigan are the only side outside of the big two to feature in both the top 10 for offensive figures and the top 10 for defensive statistics this season. One thing that may count against them in March Madness is their relative weakness when it comes to guard play.

The Wolverines excel on the interior, with 5 foot 11 point guard Mike Smith looking a little shaky in comparison to the guard talent that Gonzaga and Baylor possess.

Whilst Gonzaga, Baylor, and Michigan might steal the headlines it’s nice to think that an outsider can come out of nowhere and rise to prominence at March Madness. Here are three teams that, with a bit of luck and positive results elsewhere, could do just that.

Illinois: If you look at the Illini’s record the first thing that will stand out will be their five losses thus far. In ordinary times this would all but rule them out of the reckoning for the NCAA Championship crown.

However, if you look a little deeper into their results you will see that they have had one of the toughest schedules in the country. In addition to that, only one of their losses came to a side outside of the top 25 NET rankings.

What should fill Illinois backers with confidence however is the performances of Ayo Dosunmu and Kofi Cockburn. The two have been in imperious form for Illinois this season and look poised to make a name for themselves on the March Madness platform. 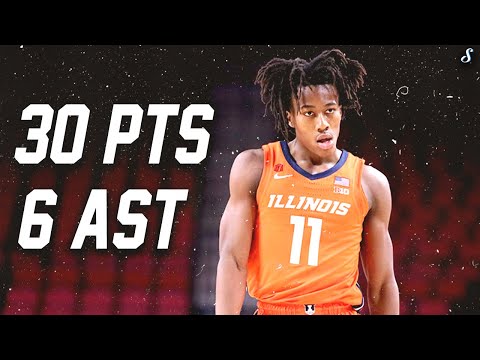 Keep your eyes peeled for Ayo Dosunmu, the youngster who has been pulling up trees with his performances for Illinois this season

Ohio State: The Buckeyes may have a brilliant squad at their disposal and a great coach at the helm and could be coming into form at just the right time. Duane Washington Jr. and E.J. Lidell have been in great form for Ohio this season and will be key to any title aspirations that the team has.

What makes them less than likely to fulfill those aspirations though is their leaky defense, which currently sits at 64 on the KenPom adjusted defensive efficiency ranking. To put that into perspective, the lowest ranking that a team has ever won March Madness with is 37.

Virginia: The Cavaliers have had a pretty easy schedule thus far this season, only really coming unstuck against Gonzaga. After that defeat, they went on to win 10 of their next 11 without ever really looking too dazzling.

What has stood out to keen observers though is the balance in the team which has allowed them to perform consistently, if not spectacularly. Coach Tony Bennet has favored functionality over flair and he appears to be getting the very best out of his players.

His experience and adaptability will need to be called on in spades if Virginia is going to upset the odds and excel in Indiana.

Clearly, there are a number of teams who will be hoping to put on a show at March Madness and many more players who will be hoping to catch the eye of NBA suitors. Despite discussion of the main runners and riders and some outside bets, Gonzaga remains the firm favorites to sweep all pretenders to the crown aside.

The best way to watch March Madness however is to forget your preconceptions about who will do what and which team will excel. Rather, to get the most out of this year’s tournament simply sit back and enjoy some scintillating, non-stop basketball.

What Are Virtual Sports? The Casino-Sports Betting Hybrid, Explained

Top women boxers to watch at the Olympics

From A to Adrenaline Rush – Exploring the Concept

JT - January 29, 2020 0
An adrenaline rush is a concept quite familiar to all of us. The feeling of exhilaration during a highly stressful event is a potent feeling...

3 Tips to Sell Your Used Cars Instantly and Get Money

7 Ways Technology Can Help You Sell Your Home

How the Presence of 5G Impacts the Mobile Gaming Community

Looking Forward to Exploring A Career as A Crypto Investor: Here...

Is Bitcoin Going Mainstream, You Know About It