Andrew Lincoln played the lead character of the Walking Dead, Rick Grimes, for eight years and 103 episodes. In the ninth season of the hit zombie series, though, the English actor decided to hang up his Magnum Colt Python and bow out. Instead of killing the much-loved character off, the showrunners left it open for potential content involving Grimes in the future. It has long been rumored that this will come in the form of a film trilogy focusing on the character in the coming years.

There was absolutely no way AMC could have killed off Grimes from the series. They would have faced a serious backlash from fans and would most likely have shed even more viewers than they ended up losing. Lincoln carried the show for a number of years, as it went through its darkest days of seasons seven and eight. This was generally considered to be a dismal period for the Walking Dead and could have been the catalyst behind Lincoln’s decision to jump ship.

Instead of having Grimes ripped apart by walkers or murdered by one of the various antagonists, showrunner Angela Kang opted to write him out in a blaze of glory. He was presumed dead by his fellow survivors in the show but was actually whisked away somewhere by a mysterious helicopter. 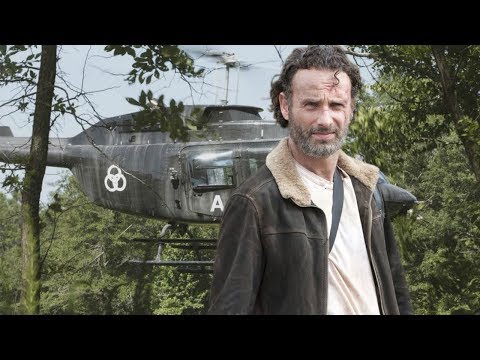 As soon as Lincoln left the show, fans began to flood the internet with questions as to what would happen with the character. The most common question was regarding when he would be returning to the show. It was quickly confirmed that he probably wouldn’t be back on The Walking Dead but was set to star in three feature-length spinoff films. This seemed to placate fans, but there is still little information about when they may expect to see these offerings.

Reports suggest that the Rick Grimes films will be focused on the group that took him away in his final moments on the series. The community is known as the Three Rings and is a military force that claims to be the future of humanity. They are also set to feature another fan-favorite character of the series, Michonne, who is played by emerging Hollywood star, Danai Gurira.

To justify going ahead with the Rick Grimes films, AMC needs to be sure that they are going to be able to attract large audiences to view them. Universal Pictures is on board as the distribution company, and the Hollywood giant must be fairly confident that there is a massive market for this sort of zombie-based content.

Looking across various entertainment platforms, it seems abundantly clear that audiences will never tire of the undead genre. Along with The Walking Dead, there are a number of other zombie television series that has attracted a lot of viewers. These include iZombie, which ran for five seasons on The CW, and Z Nation, which also lasted for five seasons on Syfy. 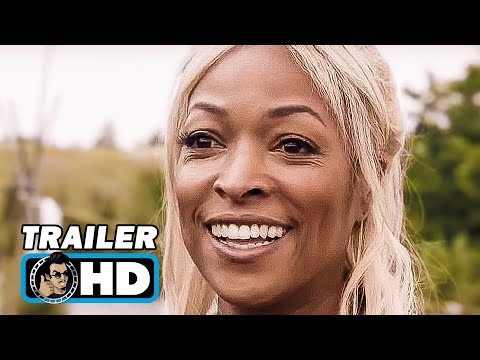 There are also various apps and slots that people can enjoy that feature the undead. One of the best-known slots on the market is Lost Vegas. The Microgaming title takes place in Las Vegas during a zombie apocalypse and is a huge draw for visitors of the site. Among the various zombie apps for mobile, Zombies, Run! attracts a vast number of users who want to get fit in an interesting and original way using augmented reality technology. There are even zombie-themed adventures available at some escape rooms.

On top of all these things, zombies have been successful in the film industry over a number of years. There have been a few films in the genre that have gone down in history and are now considered cult classics. These include George A. Romero’s Dawn of the Dead in 1978 and Edgar Wright’s Shaun of the Dead in 2004. The former was named in Empire’s 500 Greatest Movies of all time, and the latter was ranked third in Channel 4’s list of 50 Greatest Comedy Films.

AMC has announced that the eleventh season of The Walking Dead will be its last, but the company also has plans for numerous spinoffs to keep the franchise alive. There are already two sister shows that have enjoyed varying success. Fear The Walking Dead has been going for six seasons since 2015, and The Walking Dead: World Beyond recently premiered in 2020.

The most pleasing announcement for fans of The Walking Dead is that two of the longest surviving and best-loved cast members will continue to exist beyond the main show’s final episode. These are, of course, Daryl Dixon and Carol Peletier, who are played by Norman Reedus and Melissa McBride respectively. The series will be created by The Walking Dead’s two main showrunners, Kang and Scott M. Gimple. It was announced in 2020 and is set to air in 2023.

In addition to the Daryl and Carol series, AMC and Gimple are working on Tales of the Walking Dead. This series will go into greater depth about some of the main characters’ backstories. It could be an interesting way to learn more about how these people lived before the apocalypse.

The Walking Dead films are coming, but they may not hit screens for a year or so yet. When they do eventually get released, fans will be happy to see Lincoln reprise his role as the tenacious zombie-killing sheriff.

Here’s How to Win at Slot Machines: 6 Expert Tips

The Different Variations of Poker

The Top-Rated Soccer Games For Mobile

6 Ways To Maximize Your Fundraising Revenue

JT - February 4, 2023 0
If you're facilitating a nonprofit institution such as a fundraising project, you'll naturally hope to get a constant flow of proceeds to continue with...

Why You Need to Get Into the Pressure Washing Business

How to Communicate with Your Clients in the Right Way

Here’s How to Win at Slot Machines: 6 Expert Tips

Why Every Man Should Have at Least One Luxury Timepiece